The Metro Retail Stores Group begins to rollout its Super Metro hypermarket stores in Metro Manila with the opening of Super Metro Anonas in Quezon City. Super Metro reaches out to more local communities across the country and delivers them with a super selection of food and general merchandise, all in a one-stop community store concept. 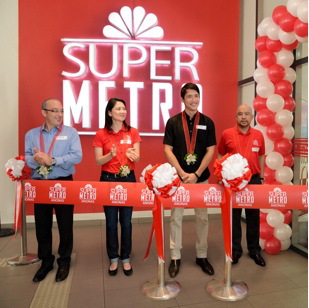