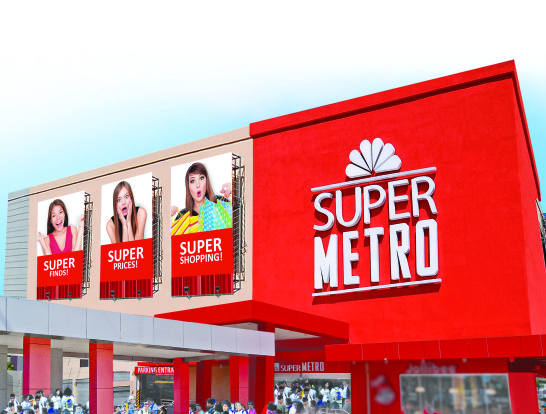 This growth expansion plan was unveiled in the first ‘Metro Valued Partners (MVP) Appreciation and Awards Night’ held last January 16 at the Skye Roof Deck in The Fort, Bonifacio Global City. Over 700 supermarket and department store suppliers along with key players in the banking and finance, mall developers, telco, realty and construction industries attended the momentous gathering.

“We look up to our partners as our allies in business as we embark on our growth expansion plans. It is only through partnership and respect for suppliers, bankers, communities, and especially our customers, wherein we can be absolutely successful,” noted Metro Retail Stores Group chairman and CEO Frank Gaisano.

From its humble beginnings in Cebu, Metro has successfully managed to stay on top of its game over the past three decades, having provided Filipinos with world-class products and services.

“A nationwide expansion consequently brought Metro Retail to major key cities outside of Cebu. Today, 42 Metro stores stand tall as it serves the needs of an average of 130,000 shoppers a day,” Gaisano related.

“With the aggressive expansion of Metro stores, we expect the lives and livelihood of our communities improved, our own leadership skills strengthened even more, reaping the benefits of long-term partnership with business partners in both the private and public sectors,” Gaisano said.
After an eventful 32 years in the business, the Metro brand remains to be a strong and reliable brand that the whole country could be proud of. Metro has successfully expanded across the country and has managed to come up with multi-store formats: METRO Department Stores, METRO Supermarkets, Super METRO Hypermarkets and METRO Fresh ’n Easy neighborhood stores. It has grown into a company of over 7,000 employees with 42 stores in 2013, and still counting.

“Our vision is to become the country’s retail value innovator and this is what has set the tone for us in terms of how we work and how we make decisions. Metro will see to it that it will set as high priority customer satisfaction.” Gaisano concluded.