Many people would prefer to buy their groceries and basic supplies without having to wait for the weekend, drive minutes away to the nearest supermarket, and wait for their turn in a long queue at the checkout line. 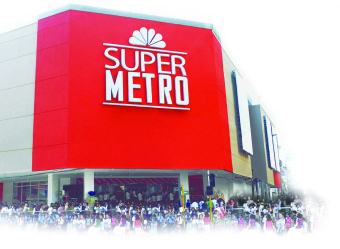 Giving more emphasis on quick, convenient shopping and providing local access to affordable goods, Metro Retail Stores Group is coming out with its rollout of Super Metro hypermarket chain stores — a new chain of neighborhood supermarkets to reach out to more local communities across the country and deliver them with a bigger selection of goods and merchandise, all in one stop.

With a current network of 42 multi store formats, the retail chain gears up to position itself as the retail value innovator with its aggressive nationwide expansion of its Super METRO Hypermarkets in north and south of Luzon, Visayas and Metro Manila.
Super finds, super prices, super shopping.

As it continues its aim of building their relationship with more customers across the Philippines and serving them with their needs, the company is now on a roll with its expansion plan through the Super Metro hypermarket form — a hybrid between a supermarket and a department store. These hypermarkets are one-stop shop retail stores where customers can find a wider choice of goods—from fresh food to general merchandise — with all the convenience and good ambiance for ease and comfort. 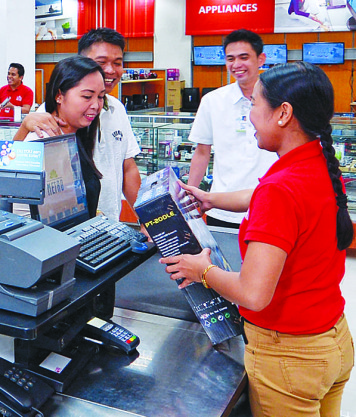 Super Metro Hypermarkets are located near commercial areas of urban/rural cities and transport terminals to make the merchandise readily accessible to the public.

Seeing a stronger need to address the shift in consumer orientation from traditional shopping to alternative and more comfortable modes in a compact setting, Metro Retail Stores Group decided to come up with the Super Metro Hypermarket store concept. It provides easier solution to consumers who are too busy to buy their basic needs especially now that city living has continued to be more fast-paced and demanding, leaving people with little time to do their shopping.
All over the Metro.

In the oncoming Super Metro stores, the company is venturing into untapped markets with huge retail potential, providing them a “modern shopping experience.”
The business direction will further reinforce the presence of the Metro brand as a value-oriented retailer.
Despite the aggressive opening of more Super Metro hypermarkets, the Metro Retail Stores Group continues to maintain the other business formats—the Department Store, Supermarket, and Neighborhood stores.

But more than just building stores, the company says each Super Metro store would also improve the communities wherein it operates. This can be achieved through offering the locals employment opportunities as well as giving them access to their daily basic needs at reasonable prices.

From its humble beginning 32 years ago to its current position as one of the emerging players in the retail industry, Metro Retail Stores Group is an example of how hard work, a reputable name, good products and good services can help build and grow a brand that would last from generation to generation.